Scotland’s seafood sector is diversifying like never before to help counter the devastating impact of the COVID-19 global pandemic, and its effect on the industry.  Many companies are finding new routes to market, setting up home deliveries and arranging private sales to independent retailers.

As with many others in communities all over the UK, one pair of Skye seafood entrepreneurs have taken to helping their neighbours instead of doing their usual work.  But in this case, they don’t just live over the fence.

Ewen Grant and Janice Cooney have had to stop their popular seafood cruises called Seaflower Skye because of coronavirus, but their second job remains vital – providing a lifeline delivery service to the neighbouring island of Rona.

Ewen and Janice, who is also working as a nurse during the pandemic, usually run half and full-day cruises from Portree to Rona and neighbouring Raasay for up to 12 people on their 40-foot luxury catamaran named Seaflower. They serve freshly caught seafood on board, and in 2019, Seaflower’s second year of operation, it was awarded 5-Star Visitor Attraction status by VisitScotland. 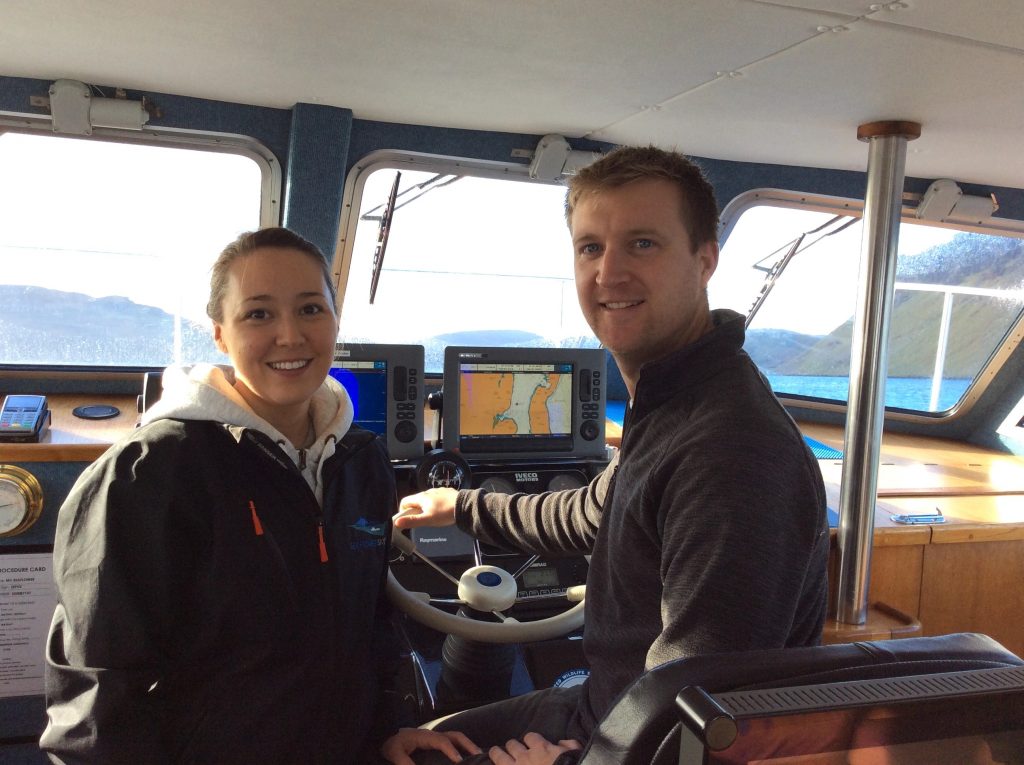 They are now delivering vital supplies to Rona, a one-hour boat trip from their base in Portree, with regular stunning views of sea and birdlife en route and on the island.

Often described as one of the loneliest places in Britain, Rona has only four residents – current caretaker Bill Cowie and his wife Lorraine, and another couple who were chosen out of scores of applicants to be inducted as the island’s custodians and take over when Bill and Lorraine retire.

Raasay and Rona were once well populated, but during the 18th century Highland Clearances were denuded of inhabitants, many fleeing to a new life in the United States and Canada.  At the end of the 19th century the island had a devoutly Christian population of almost 200.

From the 16th century until late in the 18th century Rona, now owned by a Danish family and home to hundreds of deer, was a notorious haven for pirates operating out of its concealed natural harbour.

“Seaflower is the only way to get essential supplies to an almost deserted but magical island,” said Ewen. “We’re determined to make sure the resident quartet have all they need during the pandemic.”

Donna Fordyce, Interim Head of Seafood Scotland, added: “This is another example of the ingenuity being shown by a small business within the wider seafood sector.  From fishermen, processors, retailers and tourism businesses built around some of the world’s finest seafood, all are suffering the effects of coronavirus right now.  The speed at which these businesses have adapted to survive, and to help their close communities which often rely on the seafood sector themselves, is an inspiration and yet another reason for Scotland’s seafood community to be immensely proud.”