Shucking Heck – We’re Back for a Third Year! 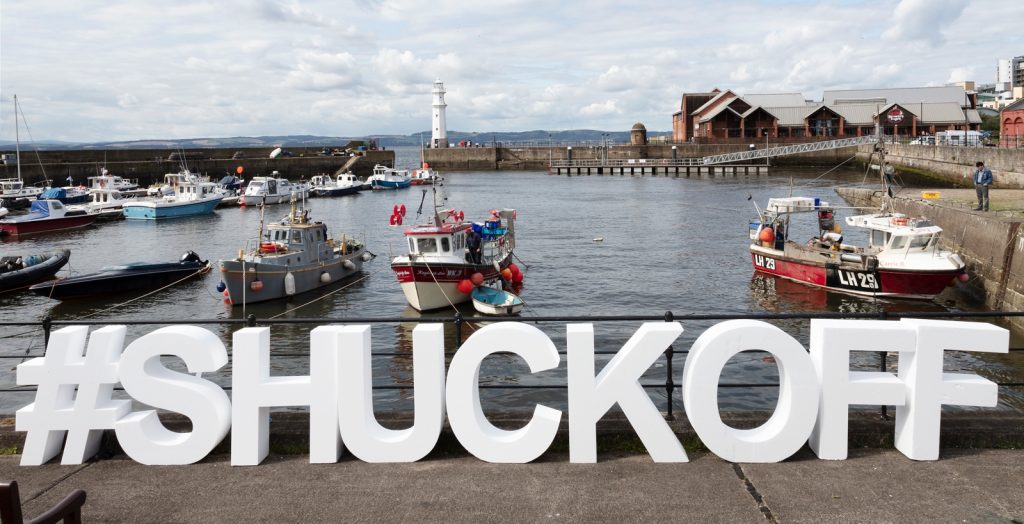 Scottish chefs and industry professionals from the seafood sector are being called to ‘shuck off’ once again and take part in Seafood Scotland’s third annual Scottish Oyster Shucking Championships.

After two successful years, the competition returns to the Stranraer Oyster Festival in search of 2019’s Scottish Oyster Shucking Champion who will go on to represent Scotland at the World Championships in Galway, Ireland in September.

Gordon Reekie, chef at That’s Yer Dinner in Glasgow, shucked his way to the winners podium last year and is encouraging other Scottish chefs to do the same after he gained international recognition whilst representing his country at the World Championships.

Reekie said: “Winning the ShuckOff title last year will undoubtedly remain a career highlight of mine for years to come. Not only for my own pride as a chef, the industry recognition or even getting the chance to represent my country, but more so the pride of being an ambassador for the amazing, quality seafood which we source from Scottish waters.”

World champion oyster shucker and Guinness World Record holder, Patrick McMurray aka Shucker Paddy will make his way to Stranraer from Toronto again as the lively host of the championships.

Taking place on Saturday the 14th of September, festival goers will be able to cheer on skilled chefs and industry professionals, competing to world standards as they battle it out through heats, quarter and semi-finals before two finalists shuck it out to win the title.

Seafood Scotland is adding to this year’s proposition and introducing a Loch Fyne pop-up oyster bar with Ferran Segeur Meyfroodt, Head Oyster Shucker at Oysterman Events. Spectators will be able to purchase oysters across the weekend and chat with Ferran about the sumptuous molluscs.

Clare MacDougall, Trade Marketing Manager at Seafood Scotland, said: “We’re delighted to bring the Scottish Oyster Shucking Championships back for another year and I’m confident this year’s event will attract even more entrants, including chefs, oyster growers, producers, fisherman and industry specialists from across the country.

“It’s a great competition to take part in and each year it grows in popularity, fast developing as an unmissable staple in the Scottish seafood calendar. Our previous two winners and their representation at the World Championships have propelled support from the industry, as well as Scottish recognition at the global event – a goal which will develop further as the event grows.”

The Scottish Oyster Shucking Championships will take place on Saturday 14th September from 11am – 2.30pm at the Stranraer Oyster Festival. The competition promises to be a mix of anticipation and excitement as the finalists battle it out to shuck up to 30 oysters in under three minutes.

If you are a chef or professional in the seafood sector and looking to sign up to the Scottish Oyster Shucking Championships, email dannielle@clarkcommunications.co.uk.