Taking pride of plate at Angler

By Akshay Borges, chef, The String in Shetland

Akshay Borges, The String in Shetland

Working in a Michelin-starred restaurant is every aspiring or experienced chef’s dream. Well, at least it was mine.

With no Michelin-starred restaurants in Shetland, opportunities to eat or work in one are limited. Throughout my career, I’ve picked up most of my cooking ideas and techniques online or from shadowing other chefs, but this has changed thanks to Seafood Scotland and the power of social media.

The world of social media, particularly Instagram – a platform full of aesthetically pleasing images and beautifully placed product – has helped chefs like me gain greater insight into creating what some would call a ‘masterpiece’ on a plate.

I entered Seafood Scotland’s #PrideofPlate competition with the hope of winning a week-long, all expenses paid stage at a Michelin-starred seafood restaurant in London. The overwhelming support and votes I received from people back home (thank you Shetland!), and further afield for my seafood dish, landed me in the UK’s capital a few weeks later.

London. A city with millions of people and thousands of restaurants trying their best to compete with one another. Standing out amongst them was Angler. Holding a Michelin star and specialising in seafood is quite a feat achieved only by the most passionate team of chefs, headed up by world-renowned chef, Gary Foulkes.

Everything in the kitchen at Angler is planned to perfection and great precision is taken to release every flavour molecule from the ingredients used. I was shown in detail how best to prepare each dish, including Orkney scallops, and was encouraged to taste every ingredient and experience the fusion of these flavours coming together.

I picked up simple techniques such as brining the fish before it’s cooked to bring out the flavour whilst keeping it moist and steaming fish at 70C to delicately break down the tissues to give that ‘melt in the mouth’ sensation.

Working at Angler is more than just a job for the staff, they take great pride in what they do. Chef Gary is in everyday making sure the kitchen runs perfectly, and although everyone has a section to take care of, they always help each other out; cooking, eating dinner together or helping to clean down at the end of the night.

Huge credit must go to Gary for creating this close-knit environment, where a job becomes a way of life and everyone is adding the same level of passion in the kitchen. The chefs shared their recipes with me making it feel just like my team at The String, where a new generation of chefs are into knowledge sharing with others in the industry.

Click the video above to watch Gary Foulkes at work

The icing on the cake was when I was invited to try an all-inclusive food and drink pairing taster menu on my last day. This was an insight into how it is to dine and taste the fantastic food offered in a Michelin star restaurant. My top picks were the heavenly melt-in-your-mouth lobster and caviar – I received the complete experience with nothing spared.

This entire experience has been invaluable to me, as well as very humbling. It took me back to my trainee days of watching the professionals at work and taking it all in. The learning process never really stops for a chef – not until you’ve hung up the white coat.

I’m now excited to try out the techniques I’ve learned and take my skills of cooking Scottish seafood to the next level. Shetlanders and tourists watch this space – there are exciting things to come at The String… 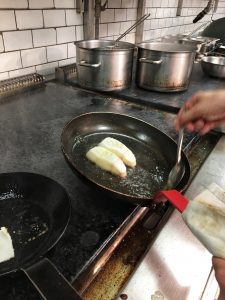 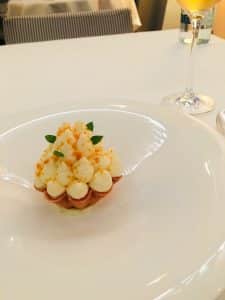 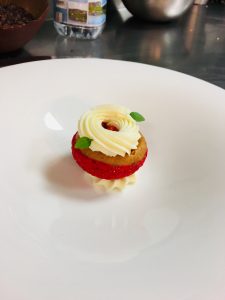 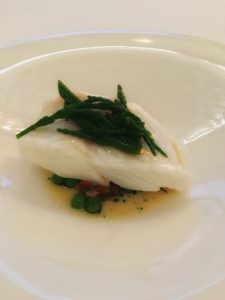 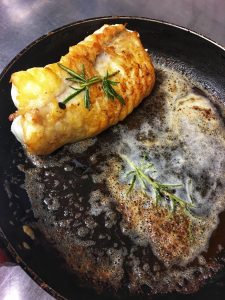 To learn more about Akshay Borges, why not read his interview in our 'The Story of Scottish Seafood' Ebook here

To learn more about our #Pride of Plate competition, click here